Organs of the Mars/Long Center.

There have been four theatre pipe organs at Long Center.

Mighty Wurlitzer Opus 1824, a 3/15 Style 260 Special, was built for the United Artists corporation and installed in the United Artists Theatre, Detroit, Michigan  in 1928. The UA was a brand-new movie palace designed by Howard Crane, and was a “sibling” to the Chicago UA and flagship Los Angeles UA  theaters. As of this writing the UA Detroit still stands – barely — and you can see the kind of destruction from which some of these lovely instruments, like Opus 1824, have been saved.

The organ remained in situ after the UA closed as a film house; eventually it was auctioned off to a pizza parlor in Michigan. (There’s a symbiotic relationship between theatre organs and pizza parlors. No one knows why, but it works.) After the restaurant closed the organ made its way to Lafayette, was installed in 1991-92, and expanded to 21 ranks. It’s been delighting Greater Lafayette audiences ever since with concerts, silent film, and variety shows.

While the Mighty Wurlitzer retains its acoustic pipes, wind chests, and many mechanical and wind-powered actions, a Uniflex Relay System functions as its communications hub, replacing miles of wiring and electromagnetic relays with CAT5 cable and computer relay boards. This makes the organ much more stable, responsive, and easy to service; additionally, organists’ registrations and preferences are easily saved and loaded as needed when they return to play the Mighty Wurlitzer. The Uniflex also saves performances for playback.

Thanks to generous grants from the American Theatre Organ Society and The Community Foundation of Greater Lafayette, in 2016 LCTOS upgraded the 20-year-old Uniflex software and its hardware to the latest versions.

Exposed (Main Side Under Chamber) Traps, Percussion, and Toy Counter:

The Mighty Wurtlitzer on CD. 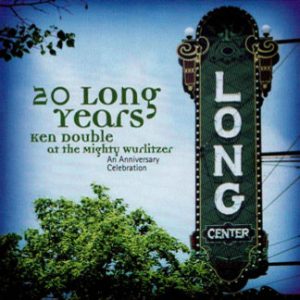 The Mighty Wurlitzer on Monument Circle

The Kimball at the Lerner, Elkhart

The Grande Page at The Embassy, Ft. Wayne

The Grand Page at the Paramount, Anderson